Shiva was the city planner of Mohenjodoro

Friends, I have navigated and decoded the Mohenjodoro map and which presents Shiva as city planner, navigator of the harbour city and the saviour of the river centric urban civilisation which controlled the global business at the time. Shiva is impersonal status personified and it has nothing to do with religion whatsoever.

It is beyond doubt that Shiva was not Aryan.The hindu myth about Daksha Yagya confirms that.Dr BR Ambedkar has blasted the riddles of hinduism which exposes the manipulation of history all on name of holy religious script.Everything false is made religious so no one may  dare to challenge the untruth most brute,These absolute myths created the base of the Manusmriti monopolistic economic order.

The real fact is Shiva is not a sacred god as the Sky Map of Mohenjo doro has proved.Mohenjo doro was a harbour and centre of global business at the time.Shiva was a navigator as well as city planner.and it was impersonal. It was  a status. I have decoded the sky map  and you may see it with this article.At the same time,there were different Shivas in different role as personified status in indus valley power structure which was destroyed by Indra.We have to keep in mind that Indus valeey civilisation is basically urban business civilisation and Indus was the lifeline.Shiva maintained this lifelive.It is not a matter of religion.It is pure scientific and technical system of our ancestors.Pl see the map, which navigates the different locations of Mohenjodoro and its location in the galaxy.

Most interestingly,the only Hindu nation on this earth,Nepal worships the Non Aryan Mohenjo doro God, Pashupati.

The Tripuri tribal community in Tripura also does worship the Non aryan shiva,Shibri!

It is also clear that Kali was also not Aryan as the Satipeetha  myth has been created to divest Kali in Aryan goddess Chandi.The husband wife story is quite baseless which is the central theme of all the manmade Sati Peethas where different aborigin totems personified were made different forms of Chandi accompanied by one or another Bhairav.

Rudra is Vedic god. Racially Shiva as well as Kali represent negroid non aryans.Siva admittedly is a non-vedic god nor there is a direct mention of Siva in the Rig ... V-3) whom Indra defeated, is Siva who is the chief god inimical to the Aryans.Early Vedic god Rudra (storm god) is not exactly what we conceive of Siva. ... at the beginning that Lord Siva is originally a non-Aryan god.

As Indra was Aryan war lord to whom almost all vedic hymns have been dedicated.Studies prove that Shiva was a non aryan king who fought the Aryans. Aryans did co opted him in its god circle to defeat the Non Aryan culture.Similarly, all indigenous gods and goddesses made Aryan. 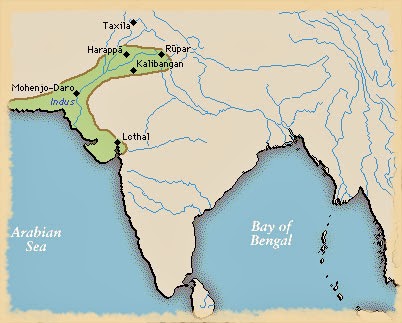 Shiva evolved over a period of time by the merging the elements of a pre-Aryan or a non-Aryan fertility deity with Rudra, a fierce god of the Vedic (Aryan) period. This pre-Aryan is nothing but Dravidian as has been established by anthropologists and historians who delved into pre-historic evidences. According to these scholars the proto-Dravidians introduced a Neolithic village culture based on agriculture or hunting in Baluchistan and Sind, and this enriched and incorporated elements of the Mesolithic culture evidenced about 5000 BC by the earliest known paintings in rock shelters of bison, elephant and buffalo, as far a field as Adamgarh in central India and Badami in the southern Deccan. The so-called Indus Valley civilization which developed form this stretched from Afghanistan to beyond present Delhi and from Makeran coast of Baluchistan far down into Gujarat. Great cities such as Mohanjo-daro and Harappa and Kalibangan rose during the 3rd millennium BC.