Mumbai, November 1, 2015:  After winning top two awards at the Locarno Film festival, Raam Raddy's Thithi made its Asian premiere at the on-going Jio MAMI Film Festival on the evening of October 31. The film opened to a packed house and rave reviews. 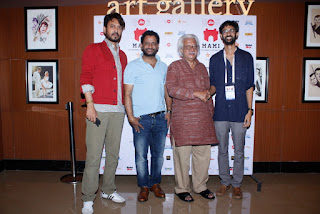 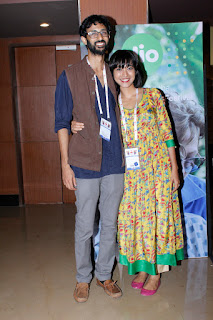 Also present at the screening was Pratap Reddy, who is the primary producer of the film, Eregowda co-writer of the film and Sunmin Park, Thithi's internationally acclaimed producer from Maxmedia in Los Angeles.

After the screening, Rana Daggubati said, "It's a very exciting movie. This is the kind of cinema that we always want to watch but we don't get to as much. The makers are very, very honest. There's a great story behind the film itself. They are all real characters - no one's a film actor, the film is so real, yet so moving, yet so funny. It's a classic blend of an art film told in the most funniest commercial format. I enjoyed it very much."

Praising the film Duggabati Venkatesh said, "I really enjoyed Thithi. Raam has taken the interesting subject of a death ceremony and made a nice dramatic comedy. He has got some fresh newcomers who have not been in front of the camera, and has shot the film really well."

Irrfan Khan who was also present at the venue for the premiere of his next production "Kaash" met Raam after Thithi's screening and said he is very keen to watch the film in the near future.

Thithi, the Kannada language film which premièred at Locarno International Film Festival early this year and won Pardo d’oro Cineasti Del Presente Premio Nescens”  (Golden Leopard, Filmmakers of the Present Competition) and “Swatch First Feature Award" for the best debut feature in the festival - is the only Indian feature to be selected in the International Category at MAMI.
at 12:53 PM