Protest against the Malwani Hooch tragedy in Mumbai 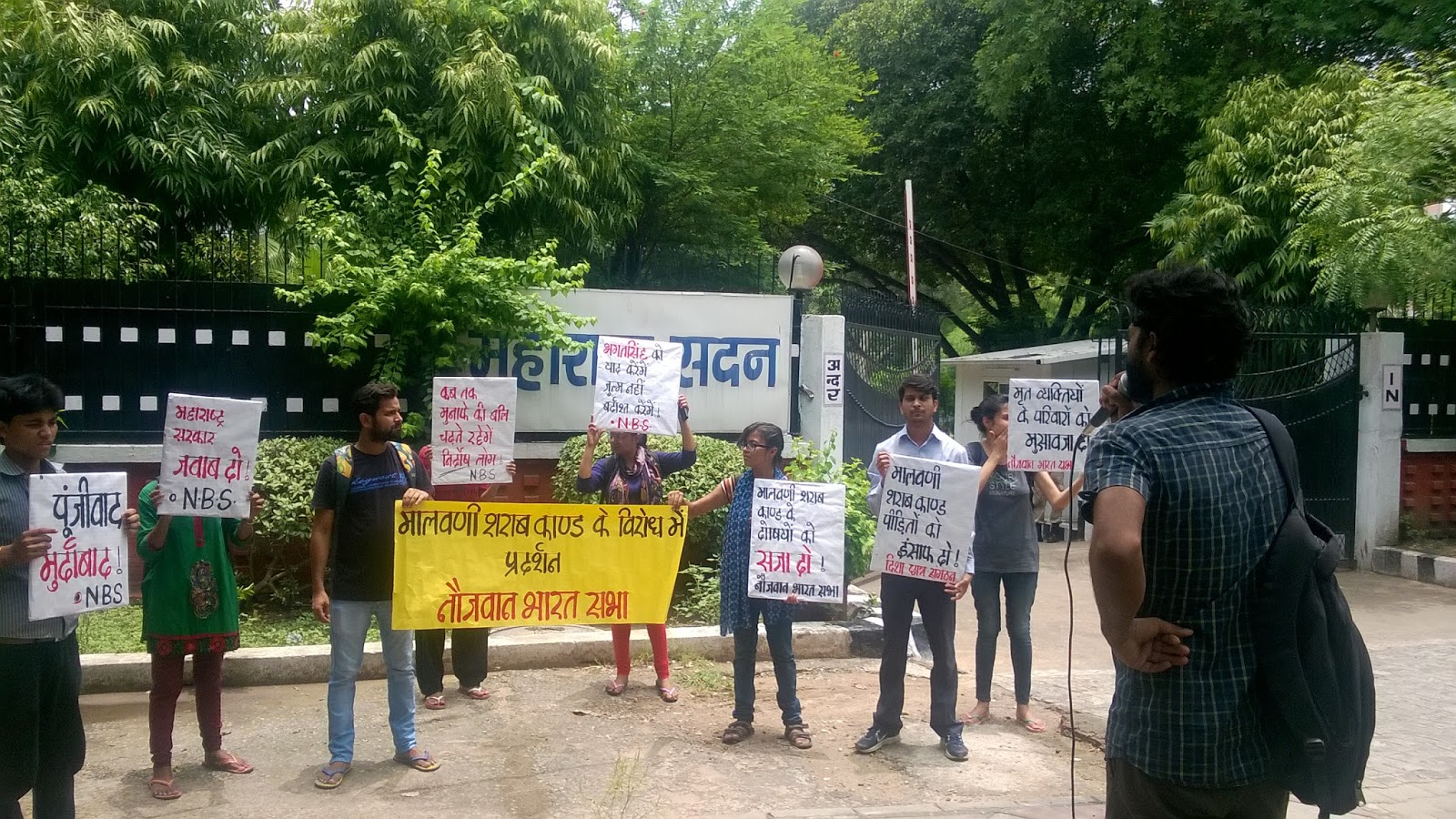 Delhi : Naujawan Bharat organized a protest demonstration today at the Maharashtra Sadan protesting against the Malwani Hooch tragedy in Mumbai. Malwani Hooch Tragedy is one of the worst hooch tragedies in the history of Mumbai. Malwani Hooch tragedy took place on 17 June 2015 in Malwani. When about 200 people lost their lives after consuming spurious alochol, many lost their eyes and some are still in hospital. The Government is trying to save the real culprits, and is being ignorant about the deaths of many daily wage workers and poor.

The official government death toll has been declared to be 103 instead of the 200 dead and many more sick who are still fighting for their lives. The families of the victims of the Hooch tragedy held a protest demonstration at Azad maidan in Mumbai last month on the 30th of June. Shivani from Naujawan Bharat sabha said that they strongly condemn the apathetic attitude of the government towards the victims and their families. The protestors demanded that an unbiased inquiry be made into the matter and the real culprits be punished in the severest manner. Further the victims and their families must be given Rs 10 lakh each as compensation. The victims still struggling for their lives should be given free medical assistance by the government . Disha Student organisation and Bigul Mazdoor dasta also participated in the protest to extend their solidarity with the victims and their family.