Imagine a scenario where a dark and dingy jail becomes a favourite place for someone… Strangely, this is what a journalist found when he went inside the four walls of a dreaded jail with hardened criminals as co-prisoners. Of course, the very thought is breathtaking. How do people react when they have to live the reality of losing their freedom? With mixed bag of tension and apprehension, a hard-core media guy was sent to jail.


… And when this large-hearted journalist was sent to jail with the ‘grace’ of big time media moguls for exposing their wrong-doings, then he got an opportunity of his lifetime to see and become part of life inside the four walls of a jail. And surprisingly, he found a huge change in his personality as he ceased to nurse grudges against anybody.  As if this wasn't enough, he celebrated his days in jail with lot of joy.

Without even an iota of doubt and debate, this jail diary gives you a very vivid picture of society as well as system. Written in a very lucid style, it is a delight to read.

It is a humble attempt to highlight and celebrate the indomitable  spirit of human being to fight against heavy odds. Honestly, once you would began reading it, you would continue till you reach at the end.  While it is a  delight to read, it has enough fodder for you to have a feel good factor even when you feel very low.

While taking care of Bhadas4media.com, feisty Yashwant Singh has to go to jail. And surprisingly, he found everything there very dear and loving. Imagine, he utters this is the place where he should be all the time… The real jail is outside the four walls of jail…

‘Janeman Jail’ is the first book of this series based on his sweet and sour experiences of Jail. That you would thoroughly enjoy it is an understatement. 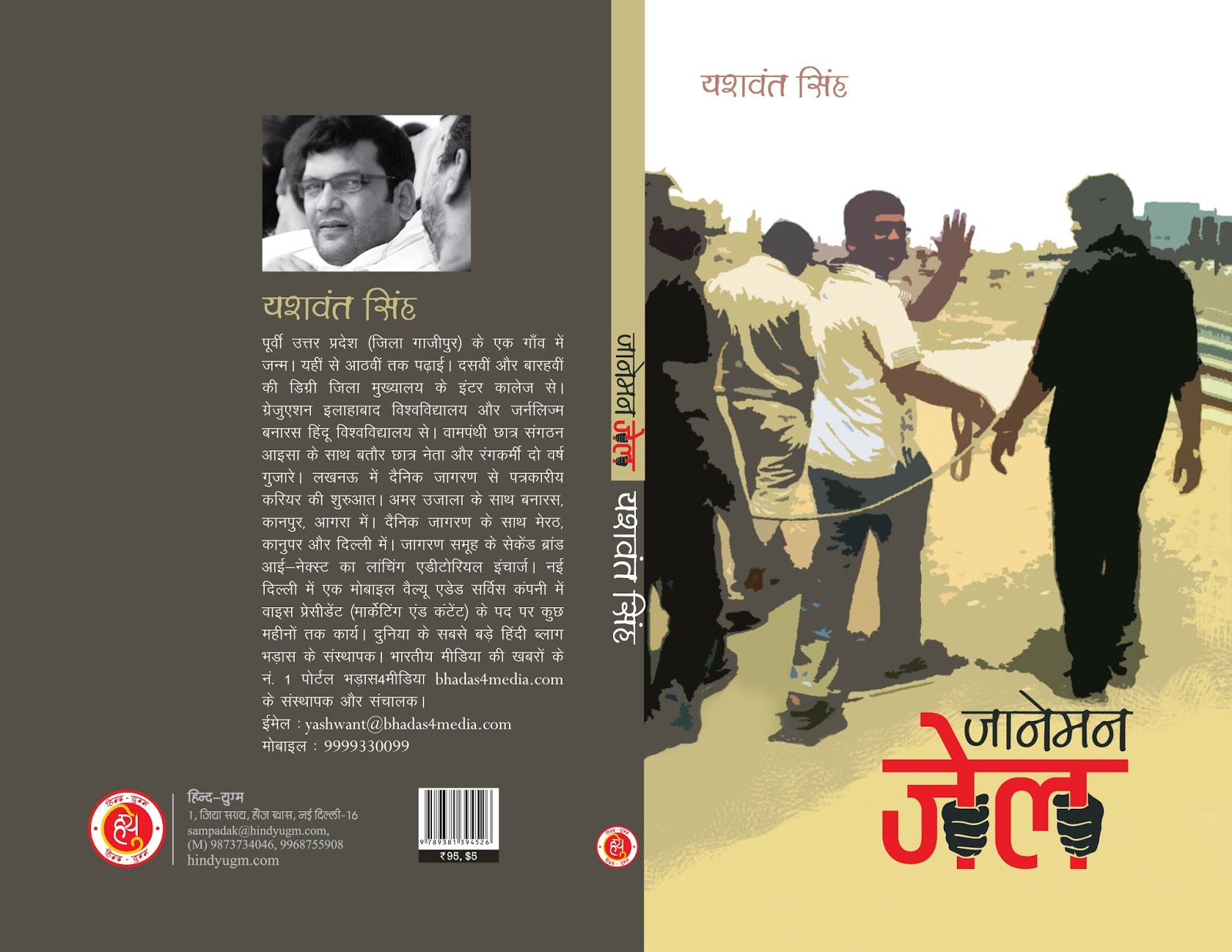 Yashwant Singh is made of different grains with his no-nonsense attitude. He has chosen a path with full of hurdles and hardships. That he would accept injustice is an unthinkable thought. He always fights against any kind of injustice. He has paid a heavy price for that and ready to pay more. But, he is not ready to compromise with his values and principals so dear to him. Hailing from a small and non-descriptive village Alipur Bangawa in Ghazipur district of UP, he joined prestigious  Allahabad University for higher studies. That was the time when he had an ambition to become an administrative officer. There he suddenly quit his studies in order to join Naxal movement as a full time activist. However, he later studied at BHU and remained active in theatre as well as student politics. The ideals of great revolutionaries like Bhagat Singh and Chandrasekhar were and will remain his guiding principals . With such a fiery background, Yashwant joined media world with lot of ideas and ideals to achieve and hurdles to conquer. Later, he started Bhadas4media to eradicate the scourge that is breeding in the media world.

Yashwant’s life is an open-book for one and all. Somebody has rightly said for Yashwant that you can love him or hate him,but you cannot ignore him.

With his happy-go-lucky attitude and smile when things are not favouring him, Yashwant has made a formidable presence and made large numbers of followers and friends with his writing style in New Media and on online medium. But, this is his maiden attempt to write a book. Of course, he got an inspiration to author the book during his incarnation days.