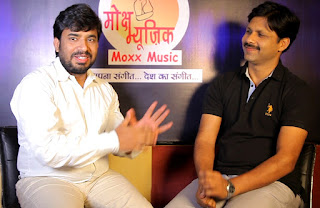 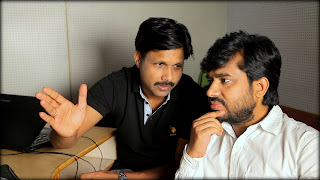 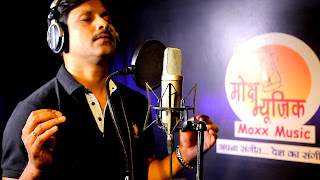 IAS Dr. Hari Om is an excellent singer as well as an amazing litterateur. It is said that "art knows no boundaries” and now signifying the same, a new avatar of his recently came to light, that is, now the whole world will be able to enjoy his literary and singing talent altogether. It could also happen that in the near future he might seem to entertain the possibility of displaying his acting genius too. For a person to be enriched with so many variations even after working in the civil service could be a little surprising. As of the moment, the singing qualities of Mr. Hari Om are put to a test as a result of which a beautiful song “Majbooriyan” will soon come out into its finest. The song written by Kishore has been rendered its melodious music by music director Raj Mahajan. This song gives us a glimpse of what compulsions may possibly arise in a person’s life due to which the entire life becomes chaotic? Recorded at Moxx Music in the talented direction of music director Raj Mahajan with the voice of the singer Hari Om, this song takes a flight to a whole new level.


Even before, Dr. Hari Om has shown his talent in the songs "Yara Ve" and "Socha Na Tha Zindagi" and achieved great success. He was also seen sharing light on his relationships with Raj Mahajan and Moxx Music at one of the interviews during the long process of recording.

Hari Om says, "This song is quite different from the previous ones. It had some hard pick up and downs which were necessary too since the song would not have been amazing without them. This time Raj (who also happens to be a good friend of mine) took a quite unique and different approach, which will make it easier for the song to connect to millions of people easily after its release. At one point or another in life, a person must have felt helpless. This song is about just that. The whole experience of recording this song was on a whole different level as I could easily relate it to my life. I never felt I was just singing a song. Even if there were some ups and downs Raj was always there. One more thing that I want to say about the song is that the one thing that always makes people feel connected to always become a great success. "
Raj always believes in doing things a little out of ordinary. According to him, “no one could have done justice with the song better than Dr. Hari Om.” He explained, “I am not saying this because he is my friend, but because of the fact that I found the depth required by the song in his voice. The extent of passion and feeling that the song needed came appropriately from his singing. This song is a Semi Ghazal. It is played out with absolute consciousness and understanding. This song touches our life and I believe that people will like it.”

An IAS officer lives a disciplined life. In such circumstances and environment this level of creativity, complemented by the talent of singing and writing is an extraordinary thing. In this context, Dr Om says, “I was very fond of writing since college days. First, I started writing, then began singing and there is a possibility that you might also see me doing something else in the future. It is not like an IAS officer could not sing and do what he likes. Life without a hobby is monotonous.” He further adds, “One must pursue whatever he dreams about.” Raj also agrees with Hari Om and thinks, “Living a life devoid of dreams and desires is like deceiving life itself. Ultimately, dreams refresh our everyday life which in turn keeps our ardour intact and hence makes up for that extra spark of passion in lives.

Raj Mahajan and Dr. Hari Om also seemed very excited about their future projects too. With many new projects, will soon be before you.
Moxx Music...Apna Sangeet...Desh Ka Sangeet.