As you might already know, UPSC aspirants are sitting on hunger strike for the last 11 days near Batra, Mukherjee Nagar. Their health condition is deteriorating day by day, getting unconscious and are admitted to hospital, time and again. We humbly request you to kindly PUBLISH THE NEWS ARTICLE (Attached Below) along with pictures, in your newspaper tomorrow.

We are Civil Services aspirants of the the CSAT-era (2011-2015), when the examination syllabus witnessed colossal revisions, as frequently as every alternate year, first in 2011, then in 2013 and again in 2015. CSAT introduced in 2011 has been proved to favour a small section of aspirants leaving a large number of aspirants gravely affected.

Given this background, we request you to kindly publish the attached news item, at the earliest possible. Thanks a zillion for your kind help. 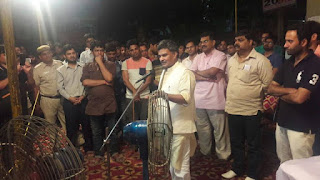 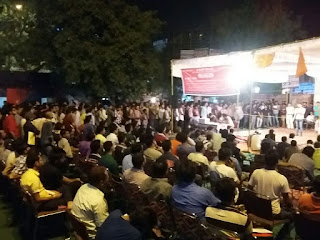 
The civil service aspirants across the country have once again been infuriated following the sudden change and consequently lack of time to adapt to the frequent and colossal revisions during the years 2011-2015, leaving lakhs of aspirants across the country in turmoil. The change was brought about as frequently as every alternate year first in 2011, then in 2013, a minor change in 2014 and a short notice change in 2015. Govt initially included CSAT in 2011 to gauge candidates' aptitude and analytical skills, in accordance with the needs of globalisation and increasingly complex government tasks. However, this objective was little served as the CSAT Paper was predominant in English comprehension, thereby affecting lakhs of rural and non-english medium candidates. The discriminatory nature of CSAT is reiterated by Nigavekar committee also.
Although neutralizing CSAT paper was a welcome step, such a change just 3 months prior to 2015 Preliminary Examination have severely affected the students who usually start preparation 1 or 2 years before the exam date. Lakhs of students got affected, every time such changes were brought about, more so when the lead time to adapt is less.

Positive change is always welcome but the core of the issue is to balance between civil service reforms vs. the need to give adequate lead time for aspirants to adjust to the change, ratherthan the change itself. It would have been ideal if the road map for change had been announced with a lead time of at least 2 years prior to implementation, along with a reasoned articulation of the need for reforms as said by MARUTHI P.TANGIRALA, former Joint Secretary, UPSC and a civil servant himself. It would be a great travesty of justice, if the deserving candidates are denied equal opportunity to compete, owing to frequent, discriminatory and short-notice changes in the examination syllabi.
Hence, the 2011-2015 civil service aspirants, who witnessed a long chain of substantial changes are demanding temporary additional attempts and consequential age relaxation in civil service exam of 2016 2017 and 2018 as compensation to ensure level playing field and are staging protests since 6 months. They have met government officials and have represented their demand. More than 150 MPs cutting across parties have supported petition and many have been verbal about it in parliament. UPSC published notification for civil services exam 2016 without taking them into consideration. So those affected aspirants have gone on fast unto death. Future of these aspirants is in the hands of the government and whether government shows empathy on the affected aspirants of this turbulent period between 2011-2015 needs to be seen.